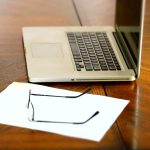 Working on building mobile apps for the last several years I thought I would publish a list of some of the things I’ve learned here in the mobile trenches. Without further adieu and in no particular order… Btw, welcome your feedback/additions.